Sho Madjozi Accuses Burna Boy of Taking Down “Own It Remix”

South African singer, Sho Madjozi has accused Burna Boy of being the main reason ‘Own It Remix’ was taken down from the internet after its release.

To the South African singer, this is because they were both nominated for the BET Awards in the same category.

Sho Madjozi stated that the song, which has been on the internet for the past one month was taken down from different streaming platforms after a month of its release and this step was made right after her nomination alongside Burna Boy for the BET Awards as Best International Act.

The John Cena crooner made this serious accusation via Twitter with a thread, today, 25th of June, 2020 stating that Burna Boy has reached out to Stormzy’s team demanding they take it down and the team had made it known to her.

She went on to reveal how excited she was about the collaboration, revealing she had no idea she was this much a threat.

“For those asking where the #Ownitremix is, after I got nominated alongside him for BET Best International Act, Burna boy asked Stormzy’s team to take down the song immediately😅.

Song was out for a whole month before that, no problem.

Everyone nominated has done big tings and should be confident that their work will speak for itself. Personally I’m happy with the work I have done in the past year. John Cena was an international phenomenon, I did that 🤗🙏🏽....”

Sho Madjozi went further to state that while she understands her claims might be wrong, the evidence is to apparent to be a coincidence. 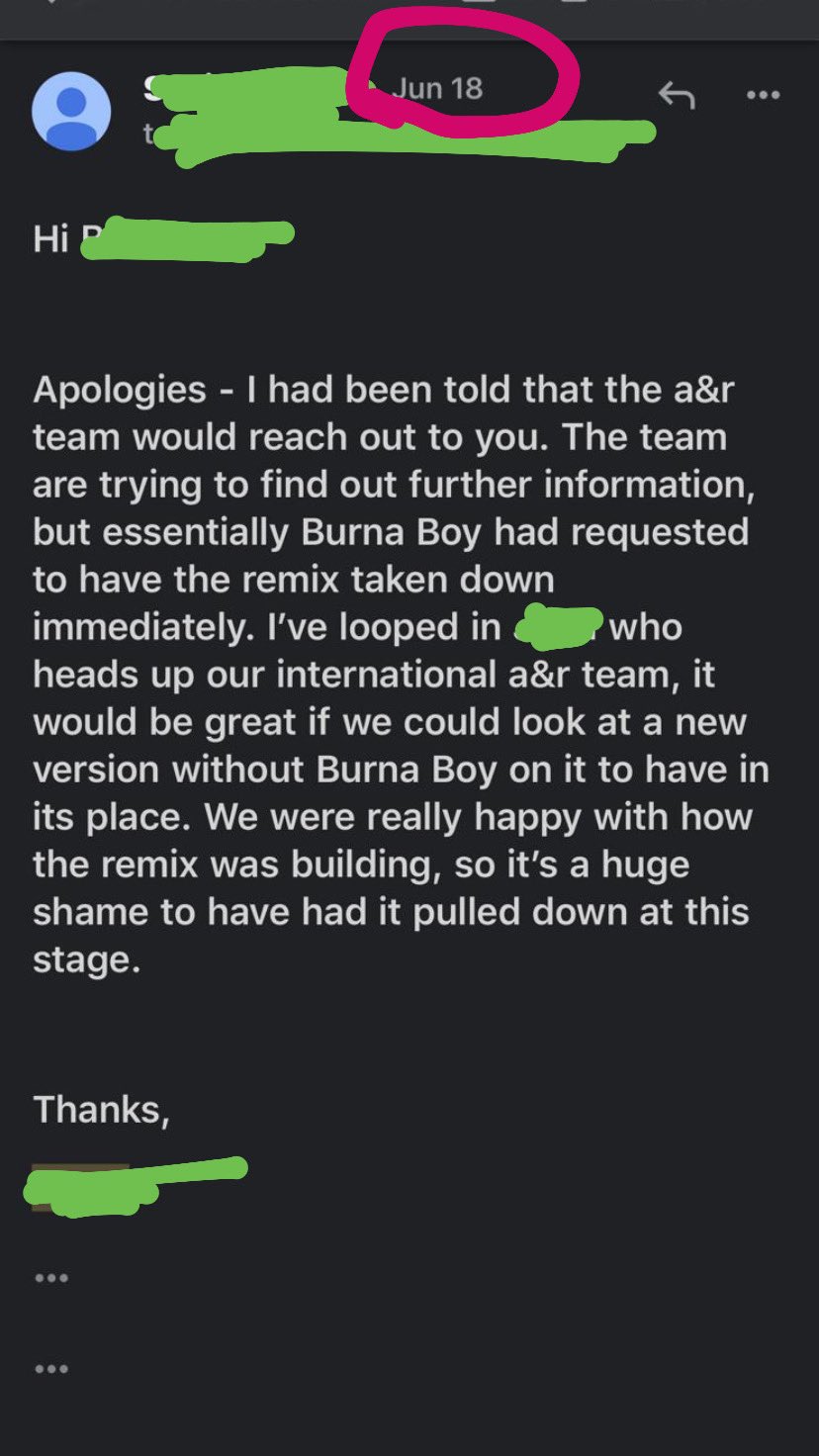 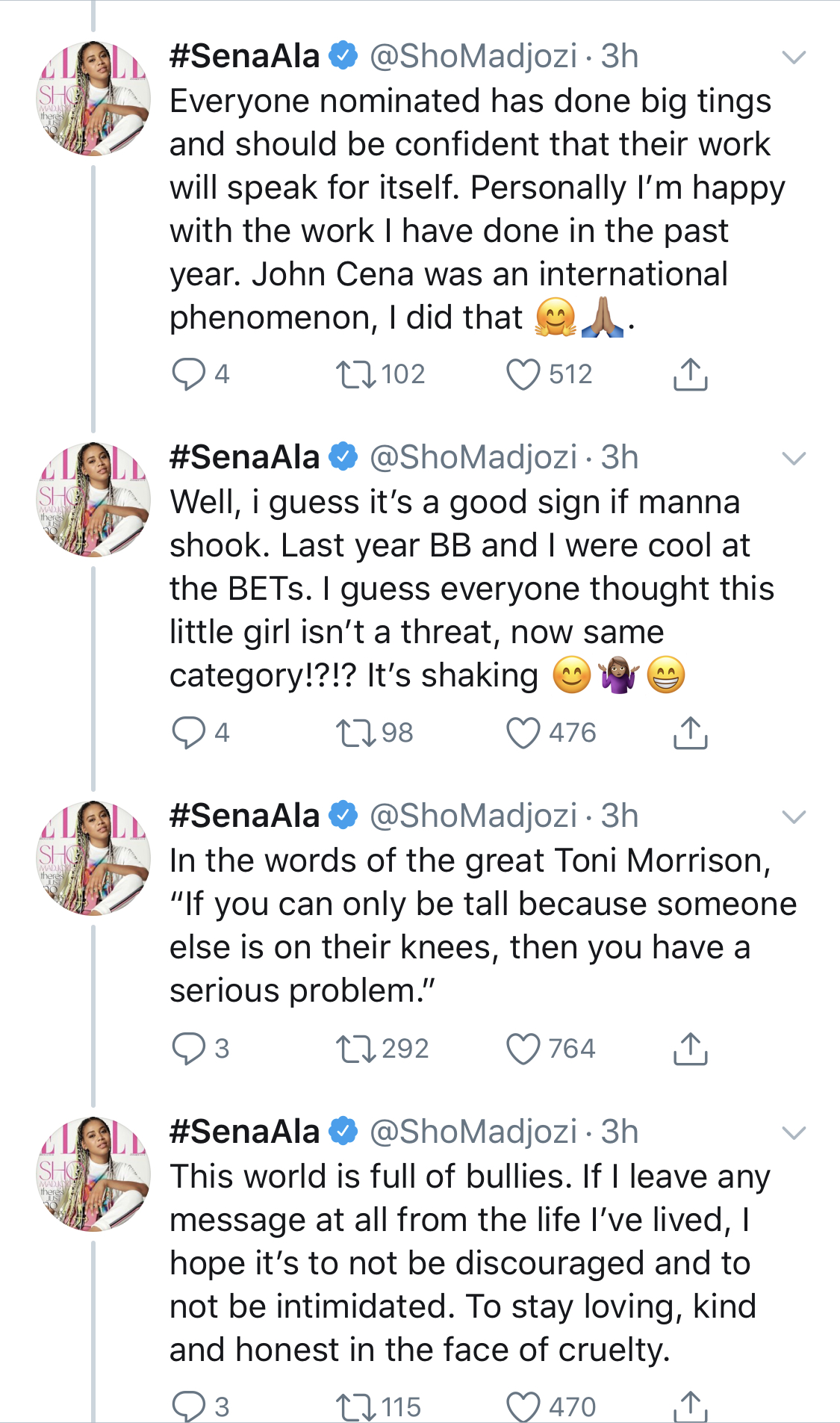 Stonebwoy - More Of You

Shatta Wale - One Of A Kind