It is no longer news that popular, talented Nollywood actress, Funke Akindele Bello was on Sunday arrested by the Nigerian Police Force and subsequently taken to court.

Funke and her husband, JJC Skills were arrested for violating the Lockdown rule in Lagos, after she held a house party in celebration of her husband’s birthday about four days ago.

Following her prosecution, many Nigerians stood in defense of Funke, while condemning the demeanour of the Police and the last hope of the common man (the judiciary/court).

Dino Maleye in an Instagram post, called out the journalists, police and pressmen who were at the court to cover the court sitting. He reminded them of the social distancing they were promoting but have themselves failed to adhere to.

The sitting was done in Lagos State which is currently the state with highest record of corona virus. 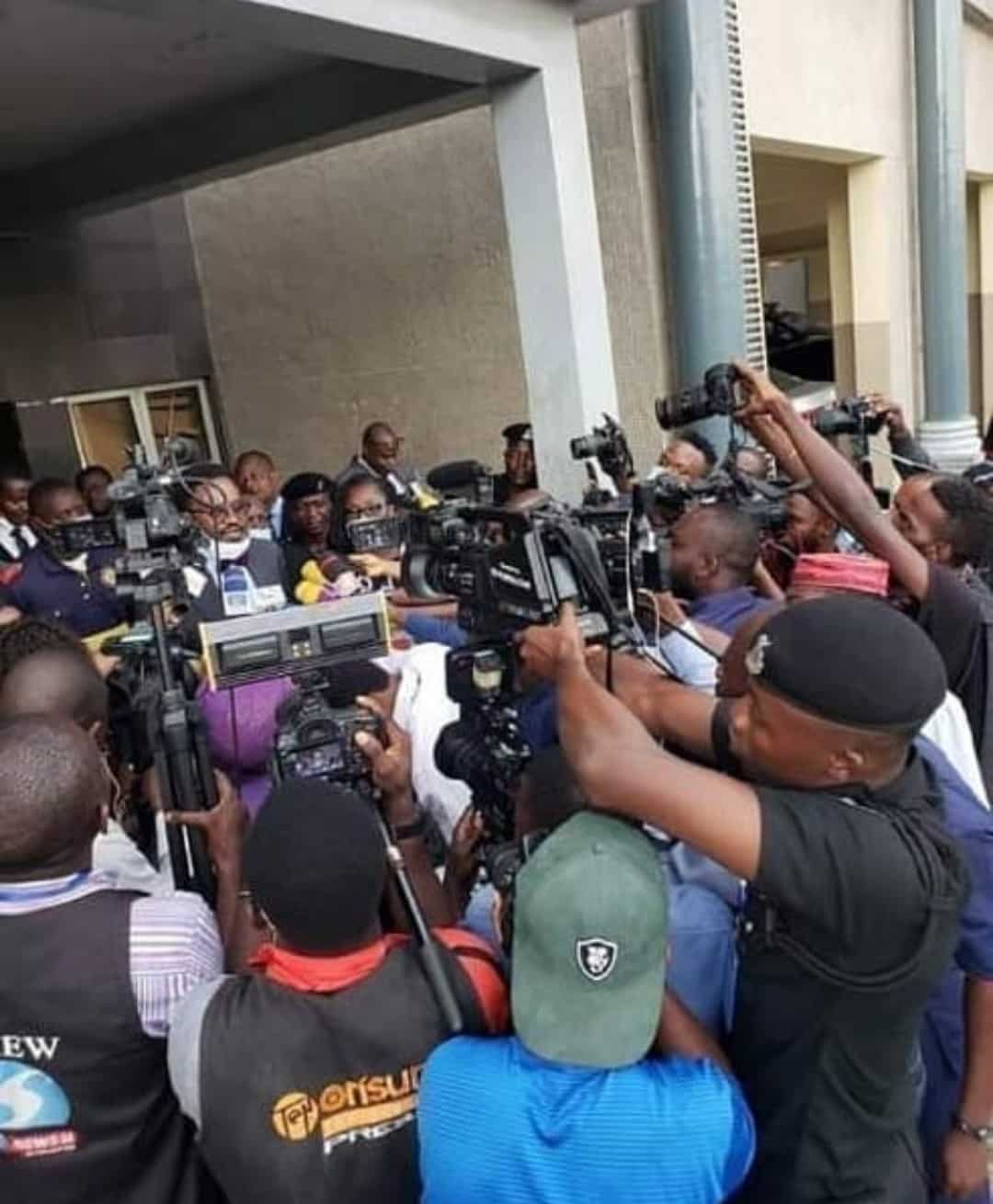