As the leadership of the All Progressives Congress moves to reorganise the party, some members of the APC have filed a fresh suit in court to stop the planned membership revalidation/registration in Rivers State.

This comes despite warnings by the National Executive Committee of the APC to members to withdraw all litigations against the party.

The applicants; Sunday Hawkings, Julius Nbugere, Lucky Nweke, Florence Deigh and Anthony Nwauche, said there should be no registration of new members into the APC until the matters in court have been disposed of.

Presiding Judge, Justice L. Ngbor Abina therefore ordered the applicants to put the defendants on notice and serve the APC by substituted means.

The matter, which is before a Rivers State High Court sitting in Okrika has been fixed for Dec. 11 for hearing.

Earlier, the former State Publicity Secretary of the APC in Rivers State, Chris Finebone had raised that there were plans by the Rivers State Government and the People’s Democratic Party to destabilize the APC nationwide using the courts in Rivers state.

“Barely 24 hours after an APC National Eexecutive Council meeting held and far reaching decisions were taken on the affairs of the party, a group in Rivers APC has filed a fresh suit against the membership revalidation exercise announced by the party.

“As things stand, a flurry of cases against the APC through the courts in Rivers State is expected to unravel in the days ahead with the intention to roll back the expected exodus of PDP members into the APC nationwide, an intention to distract the APC from consolidating and becoming even stronger for the PDP in future.” 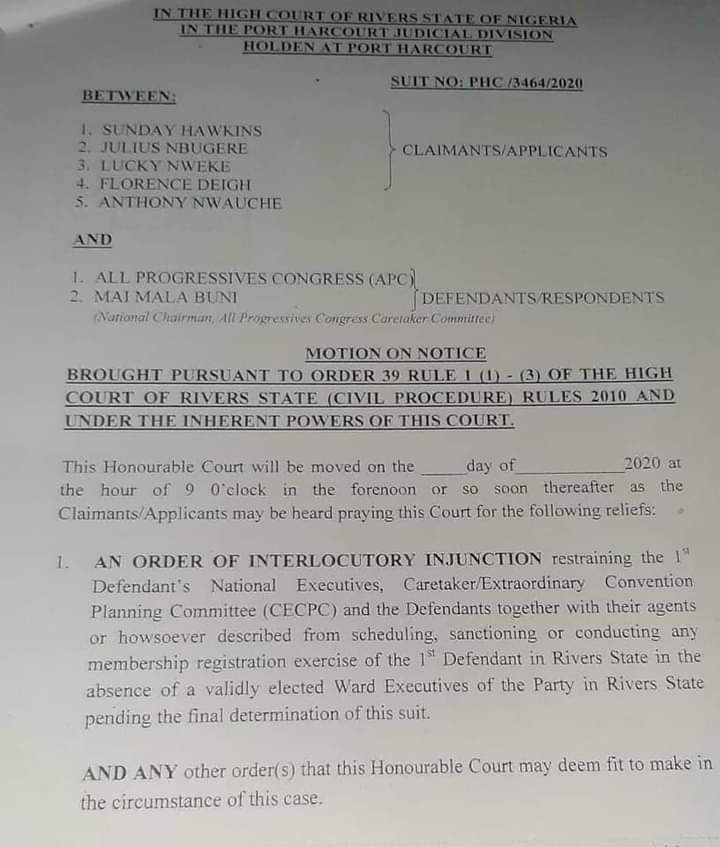 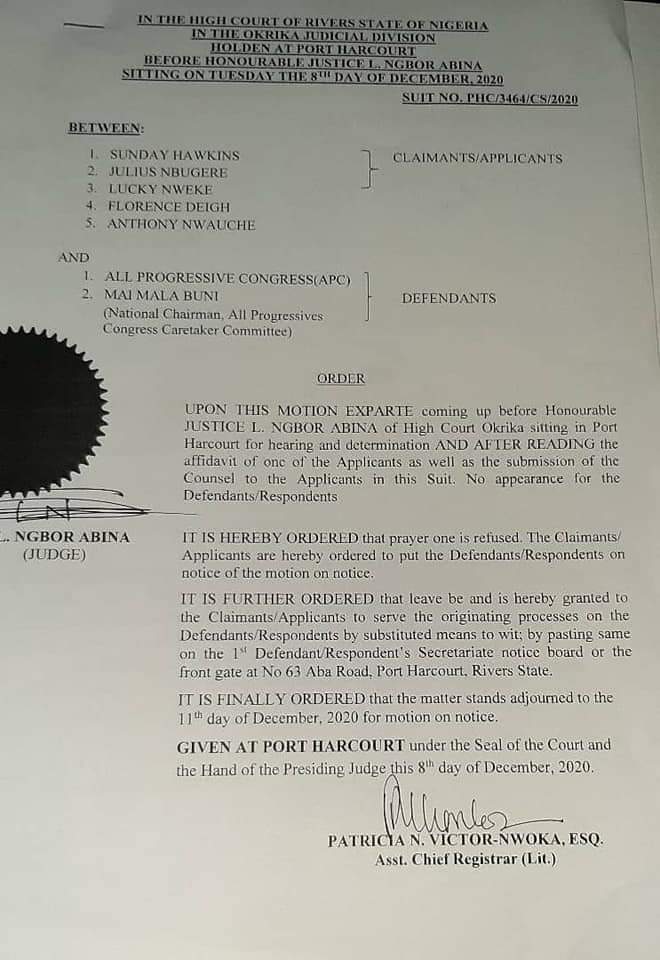