The National Youth Service Corps, NYSC, has given a new update to prospective corps members as regards to the reopening of orientation camps nationwide.

The scheme through its official Facebook page has expressed hope that the Federal Government through the PTF will soon give approval for the reopening of camps.

NYSC gave the new update while reacting to news that went viral yesterday suggesting that NYSC has received a go ahead order from the federal government to reopen orientation camps across the country.

The now debunked viral news read, “arising from a purported meeting, Orientation Course shall resume 27th October 2020, with Batch “A” Stream 2, adding further that the batch has been subdivided into Batches “A” and “B”.

In a statement issued by the NYSC spokesperson, Mrs Adenike Adeyemi in Abuja on Saturday and shared on their social media pages, the Scheme described the news as fake.

The NYSC said it has been working with the Presidential Task Force (PTF) on COVID-19 in order to ensure the reopening of NYSC Orientation Camps nationwide, which the PTF had earlier tied to the resumption of educational institutions in the country.

“It is imperative to state that the Scheme has ensured that all the COVID-19 safety protocols incidental to safe hosting of Orientation programmes are in place in all its 37 Orientation Camps.

“Note also that some precautionary safety measures already adopted by the Scheme had earned it the commendation of the PTF,” the statement partly read.

It expressed hope that the Federal Government(FG) through the PTF will soon give approval for the full resumption of camping.

“Management hereby conveys that the news release is fake. Prospective Corps Members and the public are therefore enjoined to kindly disregard the news in its entirety.

“While the NYSC sincerely appreciates the patience so far shown by the PCMs who have waited for over six months to be called-up for participation in the Scheme, it equally empathises with them over the unanticipated disruption of their programmes, resulting from COVID-19 pandemic,” it added. However, some prospective corps members took to the page’s comment section to express dissatisfaction over their elongated stay at home.

See some of the comments below; 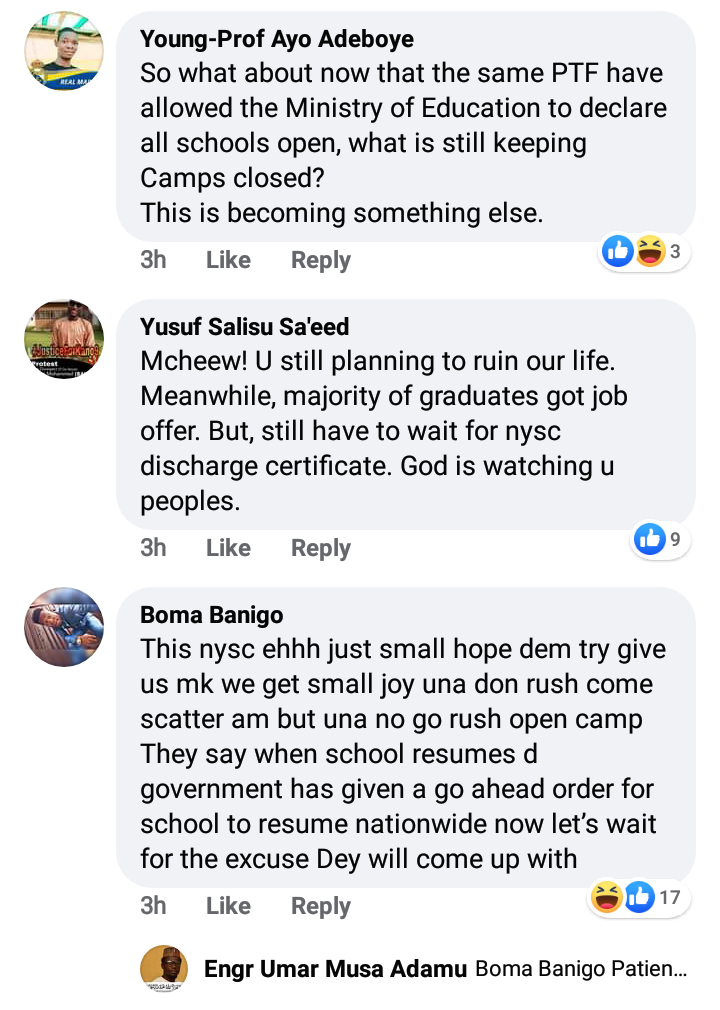 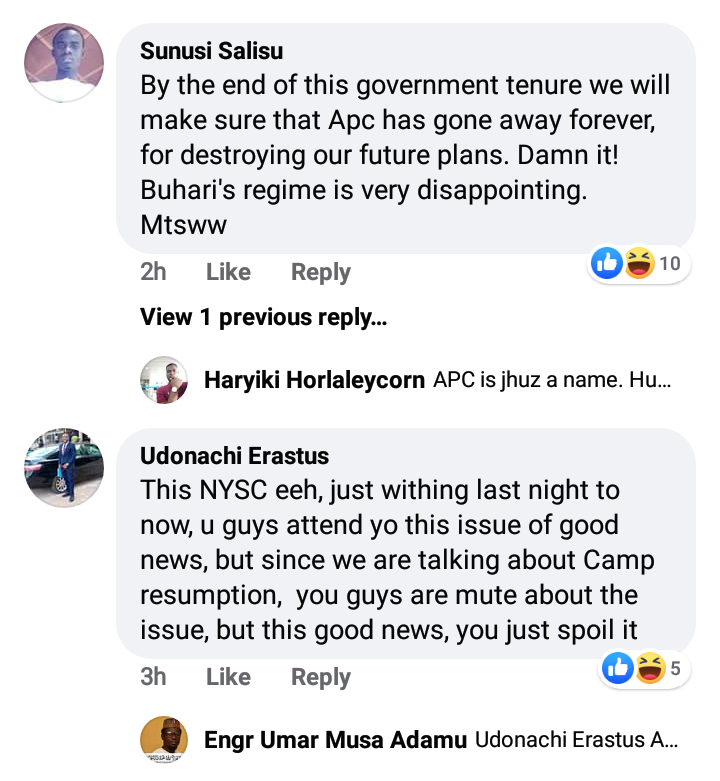