SO SAD!: Man Dies few Hours after his Wedding

“SO SAD!: Man Dies few Hours after his Wedding” (Updated: 2 years ago)

Reports say Roy Jairus Watuulo died in the early hours of Sunday, December 6, hours after he tied the knot with his wife, Anitah Nabuduwa on Saturday, December 5 in Kampala.

According to close friends and relatives, Roy started complaining about feeling unwell moments after the wedding reception. He was rushed to the hospital and pronounced dead a few minutes past midnight. The deceased is said to be in his late 20s and the son of a University professor. They had their traditional wedding in November 2020 .

Meanwhile, friends and and colleagues have taken to Facebook to mourn the late Roy. A colleague, Lutoto Charity Martha, wrote;

“With Deep Sorrow And Shock , Our Friend, Colleague And Brother

Roy Jairus Watuulo Has Passed On.

“He Wedded On Saturday 5/12/2020 And Immediately Went To Be With The Lord On Sunday, Just A Few Hours After.

See more photos and comments below… 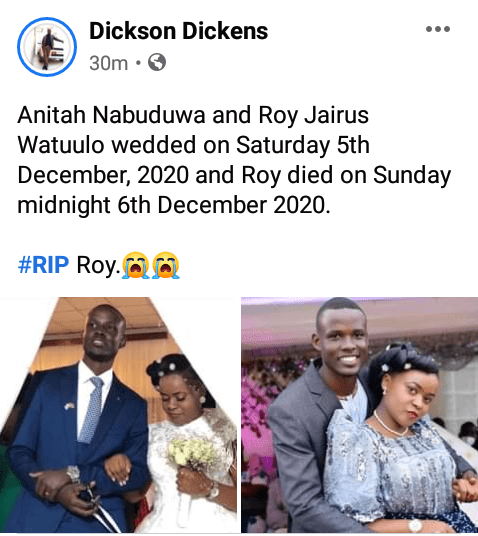 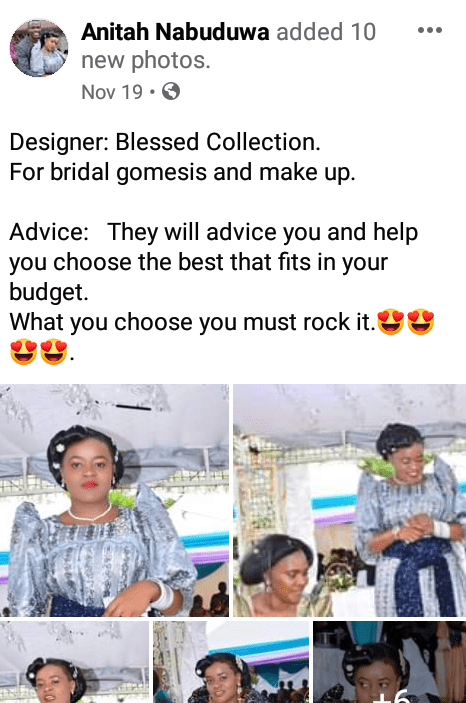