Governor Seyi Makinde of Oyo State has ordered the demolition of the Oyo State lodge in Abuja.

Our Source gathered that the Oyo House is located in the Asokoro area of Abuja.

The demolition was effected on Thursday afternoon, Our Source reports.

The Chief Press Secretary to the Governor, Mr. Taiwo Adisa when contacted told Our Source that the house was undergoing remodeling, explaining that the build was old needed to be renovated.

Adisa said, “What I was telling you is that your people in Abuja can really go there and ask whoever is demolishing what happened.

“They will meet workers and they will ask the workers what happened why you are demolishing a part of the building. Or the person that posted the picture. Is he not a journalist? If he is not a journalist, you have to have a story to tell before they can post the pictures around it.

“The building has been approved for remodeling by the Oyo State Government. That is the process that you are seeing there. 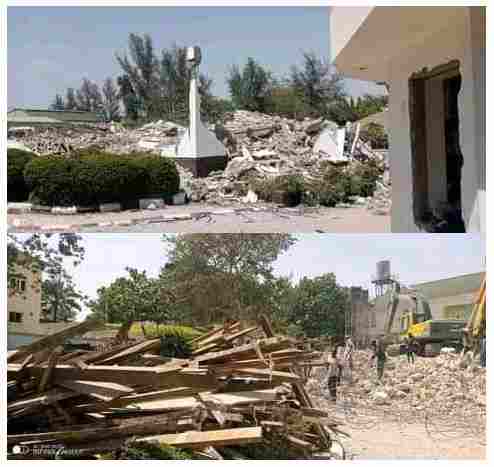