Five Covid-19 patients were killed in a hospital blaze in Romania just two months after another deadly hospital fire claimed the lives of ten coronavirus patients.

The blaze reportedly broke out at around 5am local time on Friday at the Matei Bals hospital in Bucharest.

According to Mail Online, emergency responders found three dead patients at the Matei Bals hospital, and could not resuscitate a fourth. The body of a fifth victim was later found in one of the bathrooms.

Four rooms of the hospital were affected and officials are investigating its cause.

The hospital building where the blaze broke out was built in 1953 and had been completely renovated, its manager said.

The evacuated patients had medium to serious infections and most were using oxygen, the hospital’s manager said

About 44 of them were sent to other coronavirus hospitals across Bucharest, and the remaining patients were re-located to other buildings at Matei Bals.

‘None of the (evacuated) patients have burns, from the information we currently have,’ Deputy Interior Minister in charge of emergency situations Raed Arafat told reporters.

‘It is obvious there is a problem,’ Health Minister Vlad Voiculescu told private television station Antena 3.

We are talking about the most-funded institute in the country. It is also the hospital which has treated a lot of patients, it was used to capacity.’

Matei Bals is one of the largest and most used Covid-19 hospitals in the country.

The report said nearly 7,700 COVID-19 patients were in hospitals across Romania as of Friday, including 989 in intensive care units. The country has reported 721,513 coronavirus cases and 18,105 deaths.

Back in November, a fire at the intensive care unit of the Piatra Neamt county hospital killed ten people, one in a series of hospital accidents. 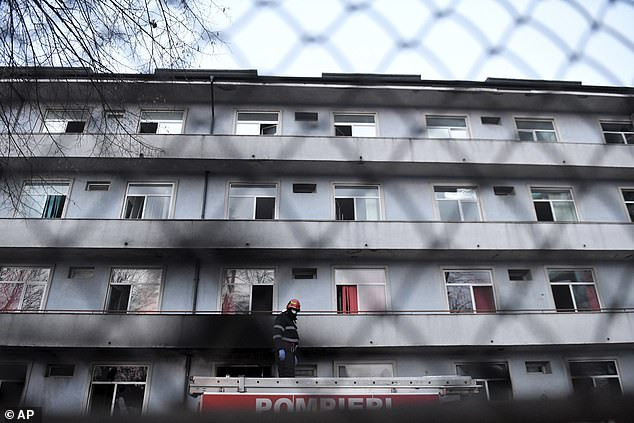 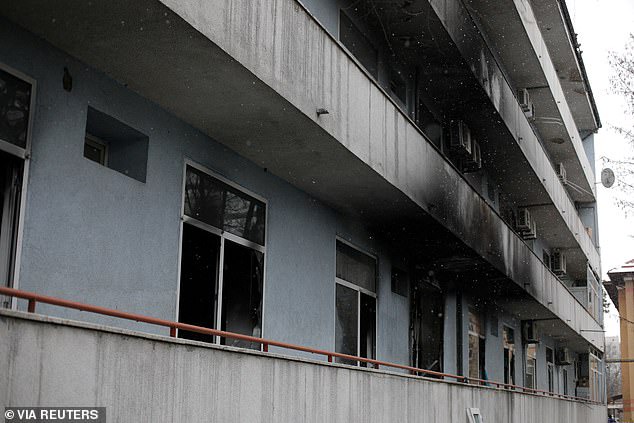