Chinese billionaire and founder of Alibaba Group, Jack Ma is suspected to be missing after he mysteriously disappeared from the public eye after Beijing cracked down on his business.

Jack Ma was slated to appear as a star judge on the season finale of Africa’s Business Heroes. However, that didn’t happen and the show’s broadcast was postponed.

Jack’s trouble with the Chinese government began when he gave a speech criticizing China’s regulators and state-owned banks for their “backwardness”.

His remarks are said to have infuriated Beijing’s party brass, leading to Chinese President Xi Jinping personally ordering a halt to the offering by Alibaba’s financial affiliate company, Ant Financial, which was set to raise USD 34 billion in the biggest stock-market debut in history, reported Hollywood Reporter.

In early November, Beijing cancelled the IPO of Ant Financial, while in late December, Chinese regulators announced that they would launch an antitrust investigation into Alibaba’s e-commerce business, as well as enforce new rules to curb Ant’s business activities. These new enforcements led to a decline in Alibaba’s shares and Jack Ma’s personal wealth.

The embattled billionaire has not been seen in two months and speculation has swirled around his whereabouts.

Jack Ma has also been missing from social media. His last tweet was earlier in October.

One of his last tweets had been about the Africa’s Business Heroes reality show, with Ma gushing of the finalists, “I can’t wait to meet them!” 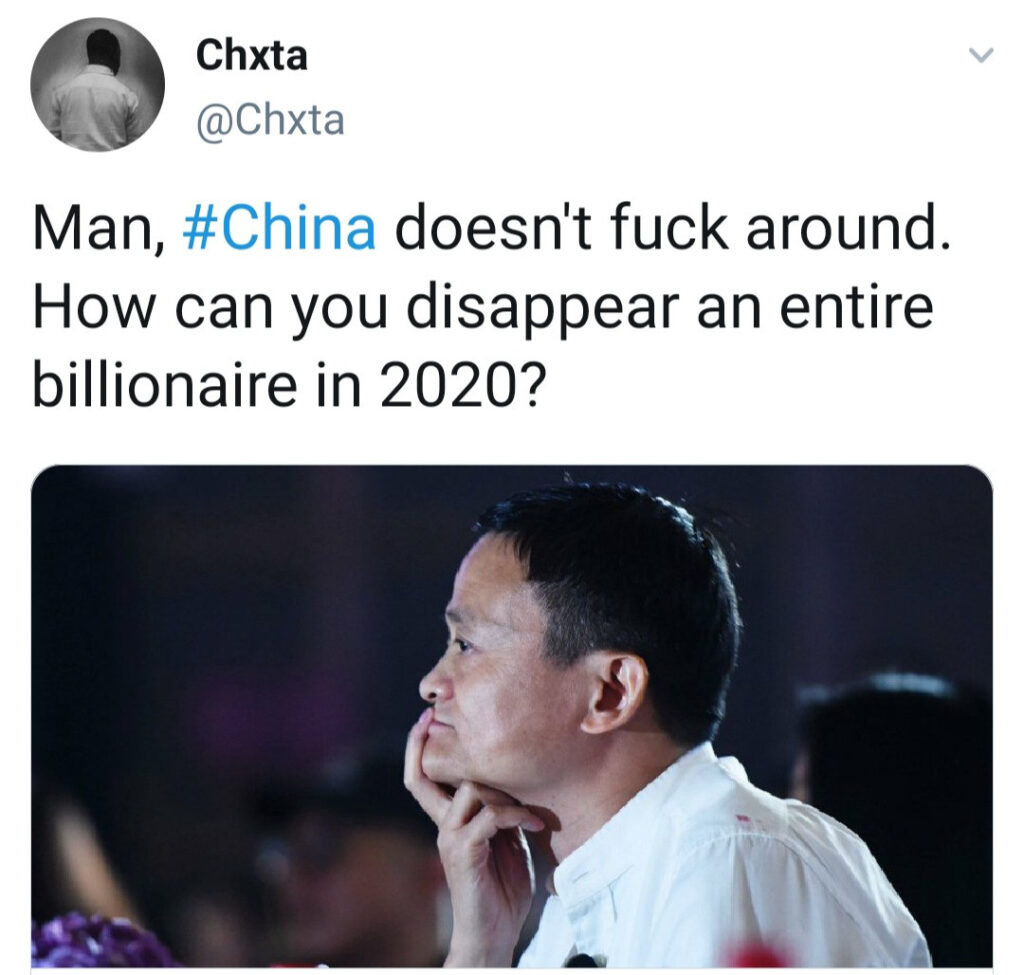