US Federal prosecutors have said that rioters who seized the Capitol last week had an intention of "capturing and assassinating elected officials."

In a new court filing which includes a memo seeking to keep Jacob Anthony Chansley who rallied people inside the Capitol using a bullhorn in detention, it was gathered that he left a note for Vice President Mike Pence warning that “it’s only a matter of time, justice is coming”.

“Strong evidence, including Chansley’s own words and actions at the Capitol, supports that the intent of the Capitol rioters was to capture and assassinate elected officials in the United States government."

The disclosure which was made by the Justice Department lawyers in Arizona, as security agencies continue digging deep to uncover what happened.

Prosecutors and federal agents have begun bringing more serious charges tied to violence at the Capitol, including against a retired firefighter, Robert Sanford, that he hurled a fire extinguisher at the head of one police officer and another, Peter Stager, accused of beating a different officer with a pole bearing an American flag.

In Chansley’s case, prosecutors said the charges “involve active participation in an insurrection attempting to violently overthrow the United States government”, and warned that “the insurrection is still in progress” as law enforcement prepares for more demonstrations in Washington and state capitals.

Asides alleging that Chansley suffered from drug abuse, mental illness and poses a serious flight risk, the prosecutors further stated that he "has spoken openly about his belief that he is an alien, a higher being, and he is here on Earth to ascend to another reality.”

He is due in federal court in Arizona on Friday January 15, for a detention hearing.

In a separate case, prosecutors in Texas court alleged that a retired Air Force reservist who carried plastic zip tie-like restraints on the Senate floor may have intended to restrain lawmakers.

The justice department has brought more than 80 criminal cases in connection with the violent riots at the US Capitol last week, in which Trump’s supporters stormed the building, ransacked offices, and in some cases attacked police. 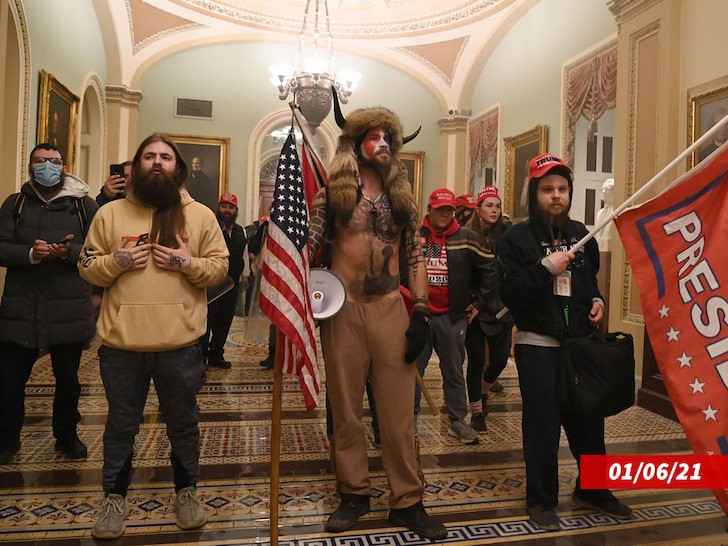