'Formula One of the skies': World's first flying race car unveiled with top speeds of 75mph and 'octocopter' speeders ahead of debut flight later this year.

The firm has unveiled the world's first flying electric racing car called Airspeeder, the vehicle will race in remotely piloted Airspeeder competitions later in 2021; Airspeeder will be flown remotely for the 2021 race but could be piloted in 2022

The world's first flying race car has been unveiled - with top speeds of 75mph and 'octocopter' speeders that will see it compete in a new event later this year.

Named Airspeeder, it will initially be flown by a remote pilot and can take off and land vertically, according to its developers Alauda Aeronautics.

Its first foray into the world of racing will see it operated remotely for a racing series that will act as a 'technical test-bed' ahead of a crewed racing series in 2022.

The flying vehicle has been in development for more than three years and is part of a bid to create a sport that can 'accelerate a new clean-air aerial mobility revolution'.

The firm, based in South Australia is developing a full grid of electric flying race-craft ahead of the first race - with the goal of having 10 identical vehicles ready this year.

The craft is being developed and manufactured by a team drawn from leading names in aerospace, automotive and motorsport technology including; Mclaren, Babcock Aviation, Boeing, Jaguar Land Rover, Rolls-Royce and Brabham.

The group say that more details of the Airspeeder Mk3 racing series will be announced in the coming months - including pilots, location and track.

'These remotely-piloted races will present to the world for the first time close-quarter flying circuit racing at speeds of more than 120km/h,' the firm explained.

Final behind-closed-doors pre-season tests will happen in Australia before the start of an international racing calendar later this year.

'These landmark moments will make history in showing for the first time a full-scale vision of electric flying car racing,' Airspeeder wrote.

The Airspeeder Mk3 is a 'giant technical leap forward' as it includes a suite of technologies never seen in an electrical flying vehicle before.

This includes LiDAR and Radar collision avoidance systems creating a 'virtual forcefield' around the craft, a carbon fibre frame and fuselage designed for strength, stiffness and lightweight properties.

Compared to the Mk2, unveiled earlier this year, the new version has seen its power increased by 95 per cent with only a 50 per cent weight increase.

It has a 96 kW electric powertrain and weighs 100kg without a pilot - allowing speeds of up to 75 miles per hour.

The craft is in an 'octocopter X formation' that gives advantages to pilots when it comes to manoeuvrability and stability when racing, the firm claimed.

'When racing the pilot will be able to make the same sharp hairpin style turns as a Formula 1 car but with the added third dimension of being able to move vertically.

'The octocopter configuration also adds an important measure of vehicle redundancy and will ensure the craft can safely land and remain in control should a rotor or battery system fail,' the team said.

This third version of the racer - operated remotely - will provide the team with essential information about safety, performance and dynamics.

This will help feed into the development of the fourth, manned, version of the Airspeeder vehicle that should be operating as early as 2022.

'Racing will play a vital role in hastening the arrival of eVTOL technologies which promise to revolutionise urban passenger mobility, logistics and even remote medical transport,' the firm explained.

'Both the remotely piloted Mk3 programme and manned Airspeeder Mk4 flying cars will provide a safe environment from where key innovations around safety.'

These innovations will include developments in including refinements to noise and batteries that will be fed into the wider development of a new industry.

The electronic vertical take off and landing industry has been predicted to be worth more than $1.5 trillion by 2050 by analysts Morgan Stanley.

The firm are looking to expand their presence in the UK and outside of Australia - to create a more 'global sport'. Commercial operations are already run from London.

Airspeeder says 2021 will see growth in its existing presence in the UK through the creation of a full-time engineering base, a strategic decision made on the basis of Britain's standing as a technical and engineering powerhouse in motor-racing.

'Britain is a globally recognised centre of excellence in motorsports and aerospace. In creating a racing series that will accelerate a mobility revolution we will need to draw upon these skills,' said Matt Pearson, Airspeeder founder.

While the race and flying vehicle is exciting, the firm says the goal is to accelerate the development of a 'mobility revolution'.

'The next generation sport plays the same role the pioneers of Formula One did nearly a century ago in driving technical development and building public acceptance for a new mobility revolution. 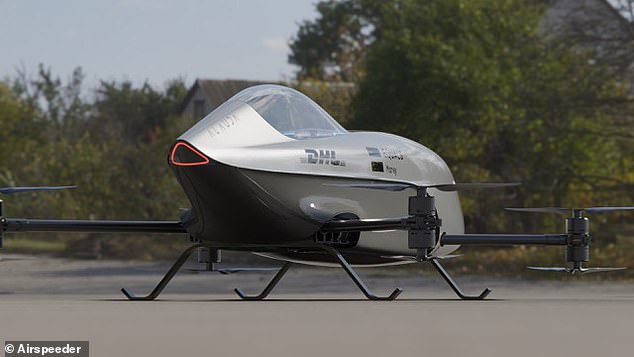 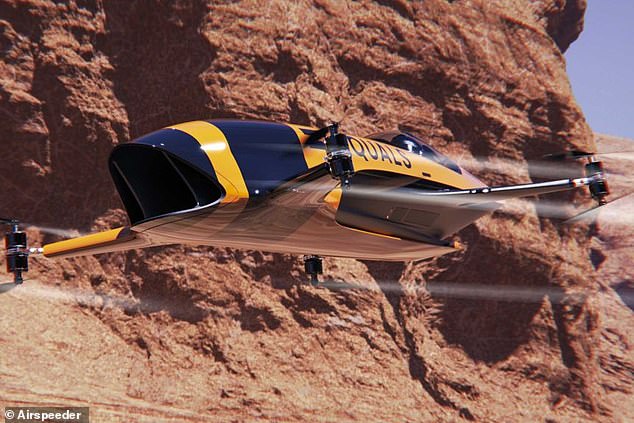