DAILY POST reports that Ooni on Wednesday, November 18, welcomed a new prince into the family, the Oodua palace.

The Prince and his mother, Queen ShilekunOla who came in a motorcade to the entrance (Enu Geru) of the Palace and received by the Agba Ife (elders of Ife) led by Obalufe of Ife, Oba Idowu Adediwura, the Modewa led by Lowa Adimula of Ife, High chief Adeola Adeyeye and emeses led by Sarun Oriowo Oyeyemi.

The prince, mother, the families, friends and associates from Akure were ushered into the Ooni’s Palace.

The father, Ooni of Ife, who came out through the sacred ILE IGBO received the Prince at Emese’s court.

This is the full culture and traditions of Ile-Ife as always observed whenever a reigning Ooni receives his newly born Prince into the palace after the necessary rites of 21 days.

After receiving his son from the mother, Ooni Ogunwusi accompanied by relevant spiritual aides swiftly took the baby straight into the inner chamber of Ile Igbo for the necessary spiritual confirmation to establish the blood lineage of Oduduwa progenitor following the footsteps of his ancestors.

The monarch later came out from Ile Igbo with smiles and majestic dance steps welcomed by thunderous shouts “Kabiyesi ooooo!” “Kabiyesi oooooo!” from the waiting crowd who watched with excitement and jubilations as Ooni handed over the Prince to his elated mother who danced with the baby in her hands to her apartment at the palace. 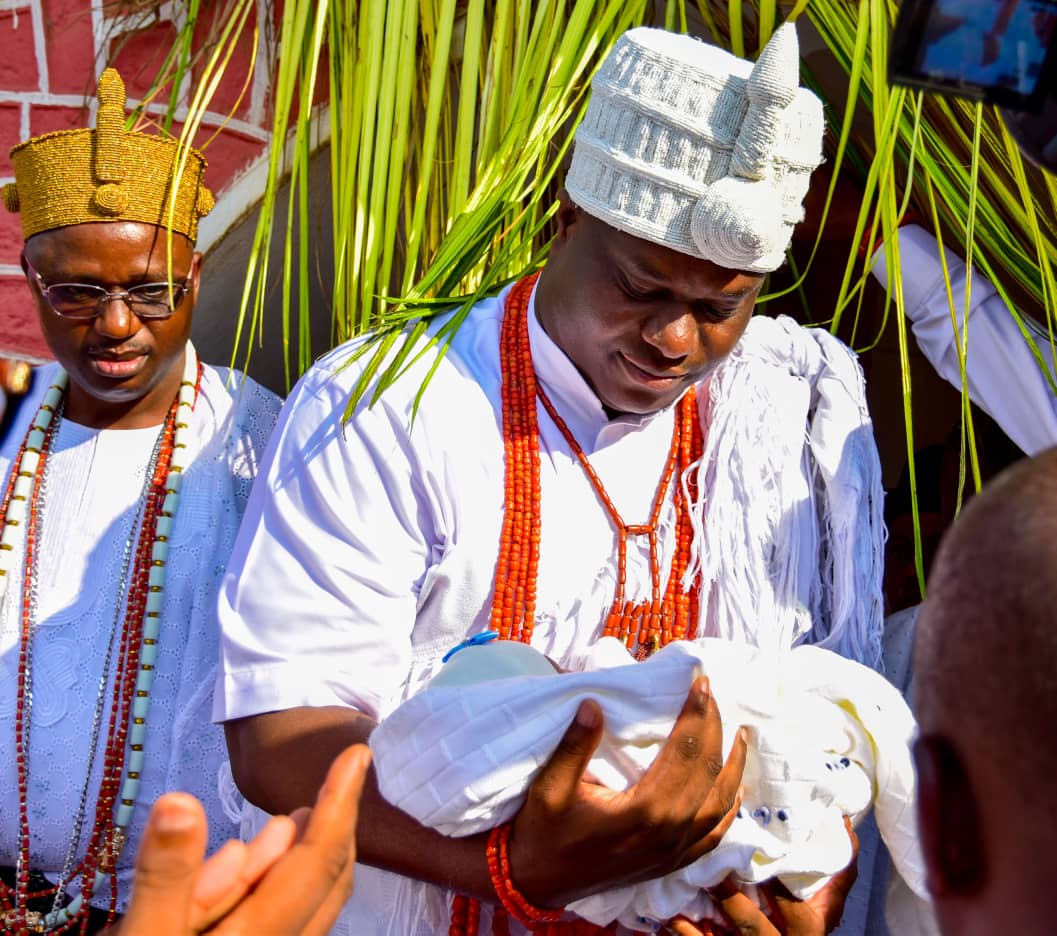 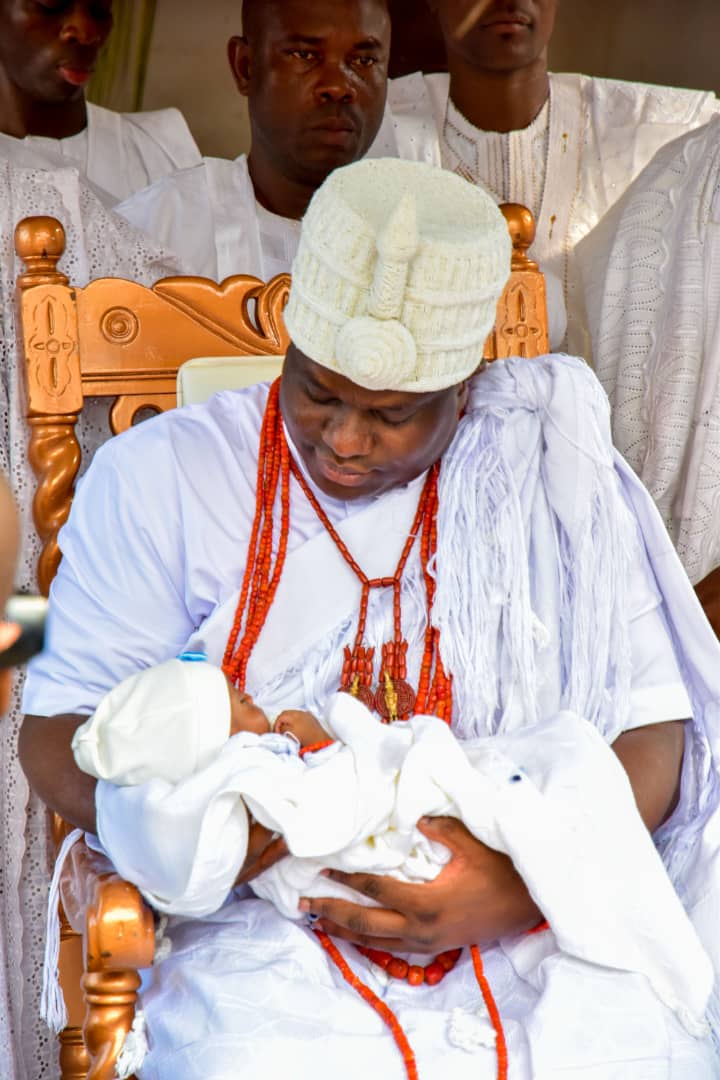