In just a few hours after Adamawa State Governor, Ahmadu Umaru Fintiri issued 12-hour ultimatum to some individuals who looted properties belonging to the government and private business owners in the state, some of the looters have repented and begun to return items they carted away.

Naija News recalls that some residents in the state had forcefully break into a warehouse an rolled away tractors and other farm machineries which led to the governor declaring 6 am on Wednesday, October 28, as deadline for all the looted items to be returned.

Fintiri threatened to issue an executive order to enforce a house to house search if the items are not returned.

According to Fintiri, part of provision of the order is a sanction that will attract withdrawal of Certificate of Occupancy and if necessary, demolition of every house that habours any of the stolen properties.

However, Mr Miracle Musa, an aide to Governor Fintiri disclosed on Wednesday that some of the looters who are residents in Yola and Jimeta have started returning the stolen items to their wards heads.

Musa noted that some dropped the materials/items on the roads for the authorities to pick. Naija News understands that some of the items returned include fridges, tractor parts, water pumps, office furniture, medical equipment, bags of fertilizer and 48 out of 110 tractors carted away by looters.

“These stolen items where returned but hidden under a culvert down Gimba Road close to Target Junction near Dlam and. The looters decided to drop them there so that Government can be alerted. They carried out this return at night based on the directive and ultimatum given by Governor Fintiri. Look carefully around your vicinity there might be stolen things stashed away or dumped” Musa revealed.

We reports that the Nigerian Airforce officials were caught in a viral video flogging residents in mud water for defaulting curfew imposed on the state after hoodlums invaded some facilities to loot COVID-19 palliatives and other items.

See some photos of the looted items below. 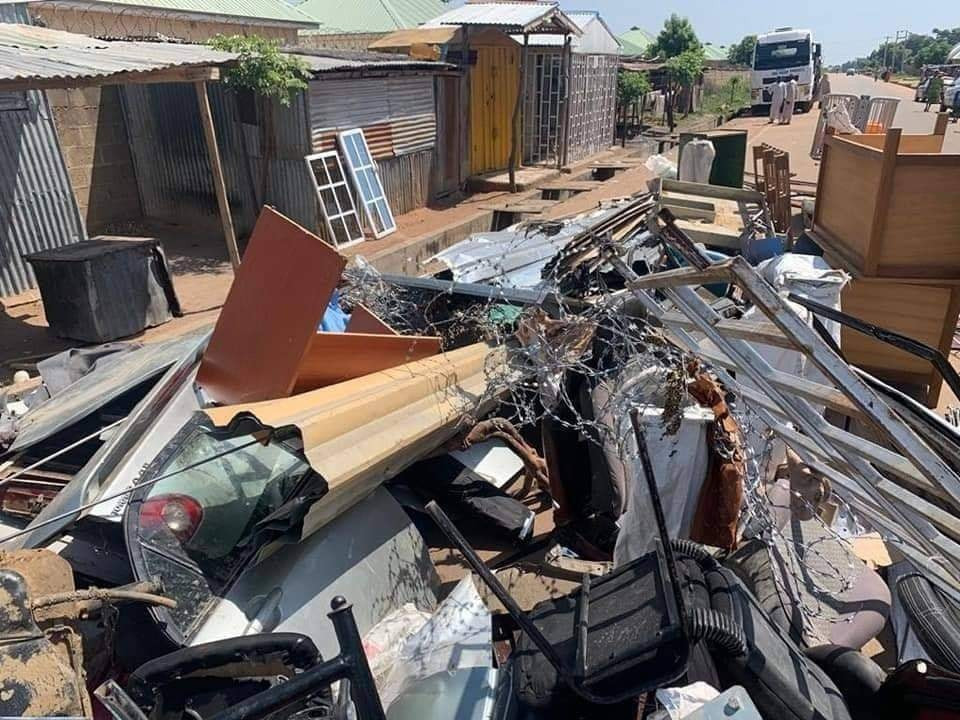