9 Important Facts You Should Know About The Newly Formed SWAT

“9 Important Facts You Should Know About The Newly Formed SWAT” (Updated: 2 years ago)

The Nigeria Police Force has released 9 important facts the general public needs to know about the duties and responsibilities of the newly formed SWAT unit.

These important must know facts were posted by the official Twitter handle of the Nigeria Police Force following the disbandment of its SARS unit.

Recall GistReel reported that a Special Weapons And Tactics squad, SWAT, has been setup by the Nigeria Police to replace Special Anti-Robbery Squad, SARS.

The dissolution of SARS was effected following a wave of protests held by Nigerians who called for an end to police brutality in the country.

However, Nigerians were not satisfied with the introduction of SWAT and immediately kicked off a campaign to #EndSWAT over fears that same disbanded SARS officials may likely be the ones to form the new unit.

Sequel to the above, the Nigeria Police has now updated Nigerians with 9 important facts about the newly formed SWAT to avert their fears.

The 9 facts as signed by the Police spokesman, Frank Mba, were categorized into 2; part A and part B which cover their mandates and restrictions.

Below are the 9 important facts the general public needs to know about the duties and responsibilities of the newly formed SWAT unit; 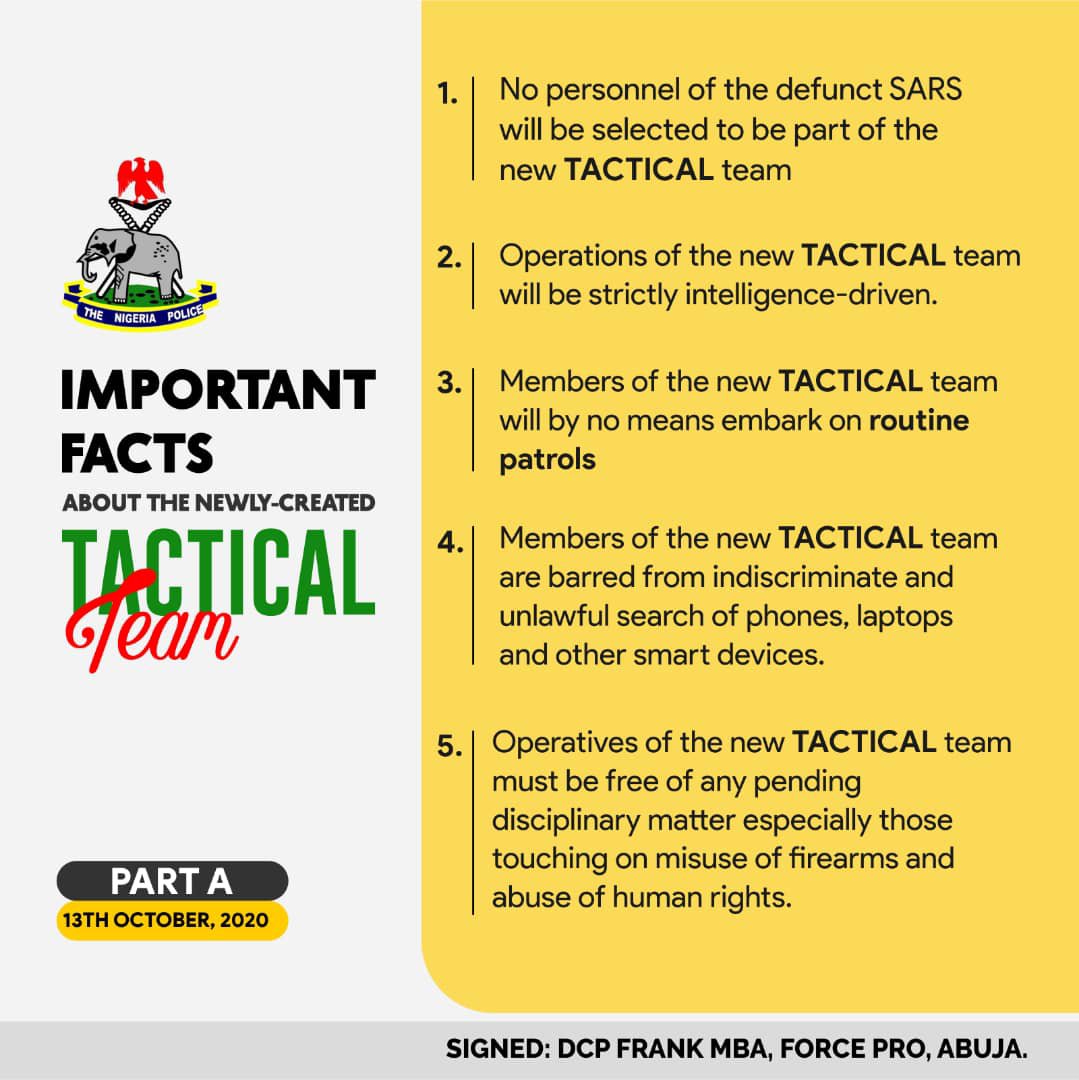 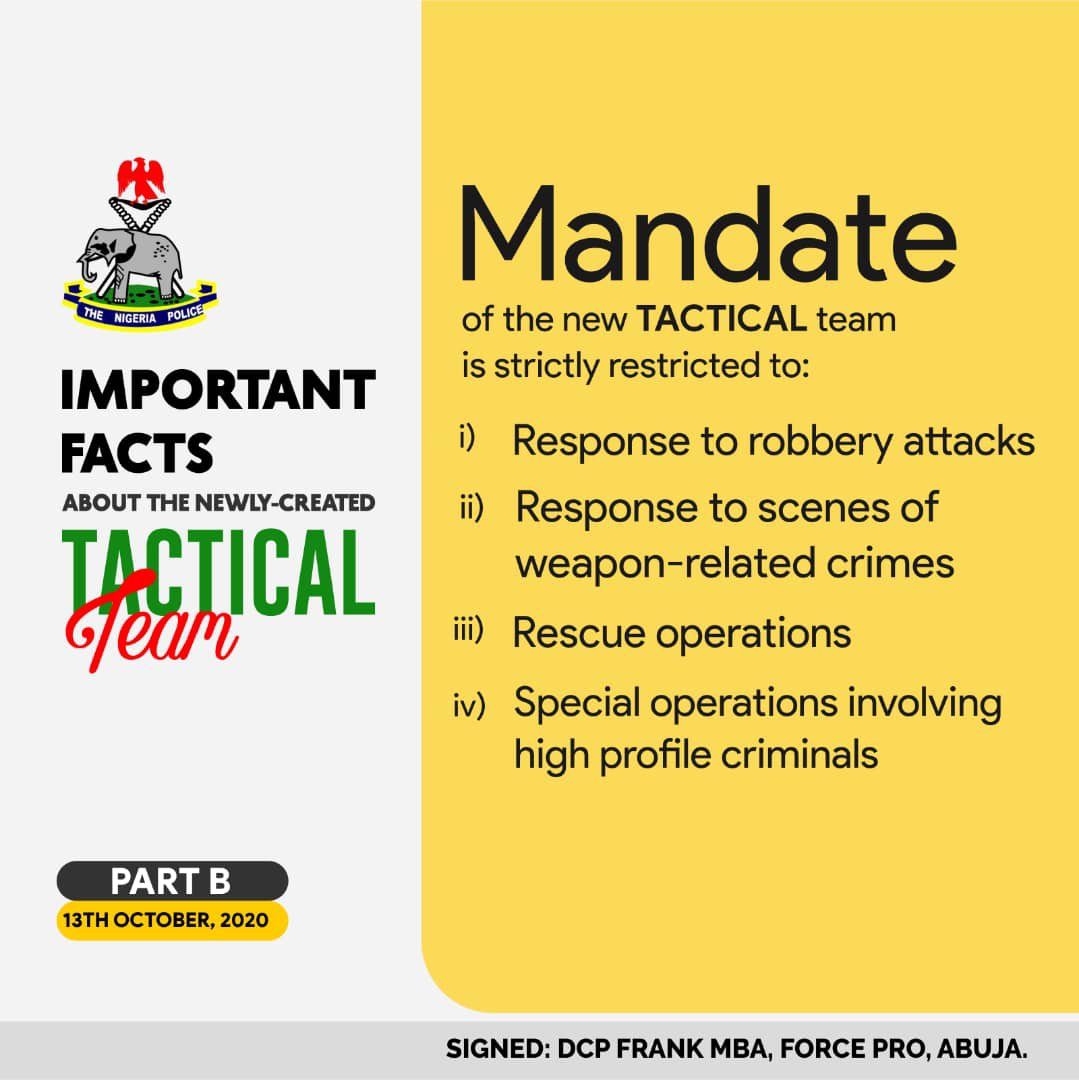